Writer and producer Paul Nandzik and property master and practical effects artist Jen Namsick are back at the Oh Penny Pictures table at Steel City Con at the Monroeville Convention Center in Monroeville, PA Saturday and Sunday only!  Stop on down, say hello and see what we’ve got in the works! 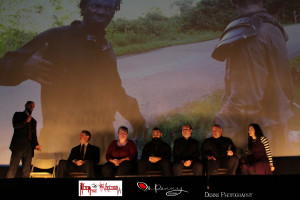 Pittsburgh Premiere of After the Infection (September 27, 2014)

The Hollywood Theater in Dormont (Pittsburgh, PA) will premiere After the Infection, an action short film produced by Oh Penny Pictures, LLC featuring professional grade stunts and special effects as well as locations in Pittsburgh, PA, Burgettstown, PA, Myersville, MD and Frederick, MD.  Guests are invited to arrive early for an informal social hour prior to the screening.  There will also be a brief Q&A panel with cast and crew after the screening, followed by a meet’n’greet mixer in the lobby.

After the Infection stars Bette Cassatt and Sandy Zwier, was written and produced by Paul Nandzik, and directed by Francisco Escobar with practical effects by Scott Conner and Jen Namsick. 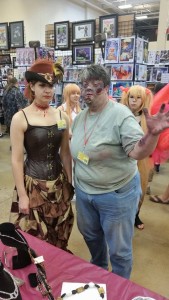 Writer and producer Paul Nandzik, property master and practical effects artist Jen Namsick and actress Marie Nandzik will be at the Oh Penny Pictures table at Steel City Con at the Monroeville Convention Center in Monroeville, PA all weekend, so stop on down and say hello!

Sci-Fi Valley Con will be featuring the producers of After The Infection (Francisco Escobar, Jen Namsick, Paul Nandzik, Eddie Papetti) as well as special effects artist Scott Conner and audio specialist Chris Bell, at their convention in Altoona, PA.  The new extended trailer will be debuted Saturday afternoon, followed by a brief Q&A panel.

Unfortunately, due to a variety of production problems, most of which are out of our control, additional production time is needed to get enough footage to create a coherent story.  A re-shoot is scheduled for September 14, 2013 in the Pittsburgh, PA area, and a new location is being used in the Fredrick, MD area May 25-26.  This will conclude the production phase of the project.

Our first day of filming kicks off on Saturday, July 13!