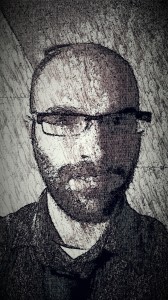 Paul Nandzik is the writer, executive producer and stunt coordinator on After the Infection.  He brought to the production his rich wealth of experience in the literary world as a published journalist, poet and short storyist, background in sports and martial arts, and his ability to coordinate and manage projects under pressure.

As a writer, Paul's strengths have emerged in the more visually and sonically visceral mediums of screenplays and graphic novel/comic scripts, which is where he has turned his focus.  Paul also holds a degree in English from S.U.N.Y. Fredonia, and held the office of President with the Utica Writers Club, a not-for-profit literary organization, for two consecutive years, wherein he founded the organization's first poetry contest (The Jay Trisolino Poetry Contest), co-founded a monthly writers workshop for area youth in partnership with Barnes & Noble Bookstore and broke the record for funds raised.

Although Paul had worked on various school and community stage productions and student films, he did not catch the filmmaking bug until he worked on Mike Watt’s/Happy Cloud Pictures' feature length film, Razor Days, where his eyes were opened to the world of stunts.  Since then, Paul has gone on to be in such major productions as The Dark Knight Rises and Noah as a stunt extra, and is the Fight Choreographer for the Pittsburgh-based stunt group, Adrenalin Dreams.

Paul is also the President of Oh Penny Pictures, LLC. 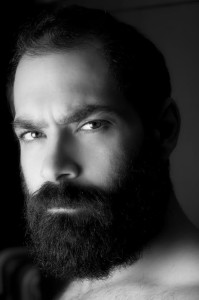 Francisco Escobar is the director and cinematographer for After the Infection, which is his directorial debut into the world of action horror.  Francisco is a long time artist, cinematographer and photographer with over 20 years of production experience in the film and television industries.

His lighting and camera work has been seen in theatrically released films across the U.S., Europe and India, as well as film festivals worldwide, including Tribeca, Rotterdam and Cannes.  He has contributed to numerous television productions that have been seen on such outlets as History Channel, Discovery, TLC, MTV, Fuse, NBC-Universal, PBS and Network 10 in Austrialia.

Francisco is largely a self-taught artist and holds a double Bachelor's degree in both Fine Arts and Media Arts from Hofstra University with concentrations in Drama, Photojournalism, Non-Western Literature and Sociology.  Always striving for greater mastery of skill, he has also supplemented his formal education with extensive professional training by master photographers at I.C.P. in New York; accomplished art and art historians at Pratt Institute in Brooklyn; respected actors and directors of stage at the Moscow Art Theater and HB Studios, respectively; as well as private mentoring with a modern renaissance master.

Francisco is the Executive Director of Production and Creative Development for Oh Penny Pictures (OPP), working with writers, producers and artists to help create the image systems for OPP’s films and printed publications.

Jen Namsick, from Akron, Ohio, cut her teeth as property master, carpenter, armorer and weapons master on her second film, After the Infection. She also assisted with special effects makeup and post-production visual effects, and composed the film’s score.

After the Infection is certainly not her first foray into effects and builds. She put her lifelong training with her artist mother and father to use in building props and Halloween sets for various clients. She continues to create props, builds and effects for upcoming projects and is the Executive Director of Technical and Special Effects of Oh Penny Pictures.

Alexander Sloan McBryde is an actor from Buffalo, NY with a love for indie cinema.  He has provided voiceovers for projects as well as on camera performances.  Mainly known as a character actor, he can be seen inhabiting a wide range of characters from Devin in Final Night and Day to his starting role in the Black Guy on a Rampage series of shorts.

His most recent works are the upcoming Dick Johnson and Tommy Gun vs. The Cannibl Cop and Killer Rack. 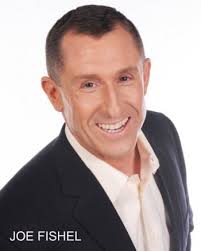 Joe Fishel is a native of Butler, Pennsylvania who graduated from Butler Area Senior High School and Juniata College. He also holds two graduate degrees from Slippery Rock University. His experience with filmmaking began in an elective course in eighth grade as a part of a group project in developing a presentation on BMX racing. In high school, Joe successfully completed courses in photography, graphic arts, multimedia design, and film analysis. During his years at Juniata College, Joe was active in All Class Night, a live theatrical presentation that was written, produced, and performed by members of the student body. Furthermore, he attained an FCC license while being involved in the radio station at Juniata College.

With well more than a decade of experience in numerous commercials, music videos, industrial presentations, television shows, and movie productions, he has labored both in front of and behind the camera as an actor, producer, miscellaneous production crewman, and stuntman. Joe has appeared in uncredited roles in large Hollywood productions such as The Dark Knight Rises, The Perks of Being a Wallflower, Promised Land, and Jack Reacher as well as a number of independent films. Additionally, he has had credited roles in such movies as Matt Croyle’s production Potential Inertia, The Other Side, and the upcoming Scott Free Productions film Concussion. 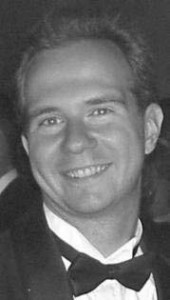 Eddie Papetti’s work on After the Infection began after filming already commenced.  As a Production Coordinator, Head of Digital Mastering and Head of Distribution, he was tasked with making the final film available for mass consumption.  His responsibilities included the creation of Behind-The-Scenes Featurettes, DVD/Blu-Ray creation and securing distribution venues.

Eddie holds a B.A. in Film Production & Appreciation from Hofstra University and has over 16 years distribution experience with The DVD World Company.